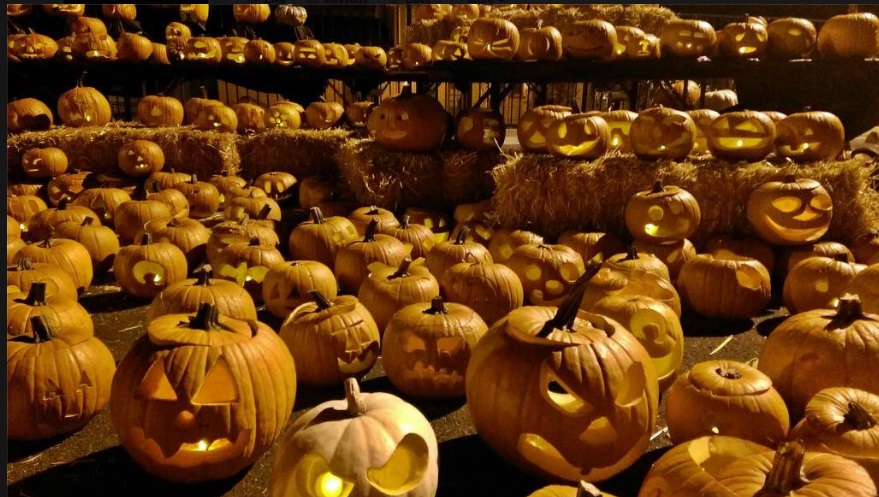 My October article should be hitting the newsstands soon.  What do you like about Halloween?   What will you do since the Night of 1,000 Pumpkins will not happen this year?

Trick or Treat?  Real Estate in Folsom is a big treat.

In October, most people think about Halloween.  And for some reason, besides my wife and mom, they don’t think about my birthday.  Halloween in Folsom is a scream! I think I’ll wear my Realtor costume for Halloween this year.  Or maybe dress up like an Open House sign.

One of my favorite events at Halloween was the Night of 1000 Pumpkins.  Sutter Street would be packed with families and kids of all ages.  My daughter and her dance team would be part of a flash mob that would perform at the event.  And of course, we’d stop by Snook’s Chocolate Factory.  Us and 10,000 of our best friends, right?  There are always places to get something good to eat.  Karen’s Bakery, Chicago Fire, Sutter Street Grill.

But due to its own success, the event became too large and will not be happening this year.  So now, if you plan to trick-or-treat in Historic Folsom, your day is Saturday, October 29 from 1pm to 4pm.  But… I hope you went to Folsom Live in September and enjoyed the music ranging from 70’s to current, rock and roll to blues, country western and funk.  Definitely a Treat.

So is October real estate typically a trick or a treat?  It depends.  Let’s look at the last three years.  Generally, fewer homes are sold in October than in the previous months. In 2013, October was fairly similar to adjacent months while in 2014, October sales were a trick as only January had less home sales than October, the start of a downtrend through the rest of the year. In 2015, October was quite a treat as only June and July had more homes sold. But what about the number of Folsom homes on the market in October?  Fall is usually considered a buyer’s time of year.  In 2013 & 2014, there were 194 homes and 204 homes on the market in October, respectively.  For buyers, this was quite a treat.  While the home numbers were starting their fall decline, there were still over 2 months of inventory available at that time.  2015? Well a little more of a trick. With just 163 homes on the market, down from a high of 230 homes in August, inventory availability was less than 2 months.  What’s in store in 2016?  With a steady increase of homes available each month, from a low of 93 in December 2015 to 213 in July 2016, the numbers have started to taper off.  The number of homes sold has been fairly steady all spring and summer with a spike in June to 143 homes sold.  With a decline in homes available, we’ll just have to see if real estate in October is a trick or a treat?  I’m holding my bag open hoping for a piece of See’s candy from the Palladio (my favorite).

I talk with sellers and buyers about these topics and more all the time. With proper planning and a good Realtor (Luckily, I know a really good one….), you can smoothly get to your next stage in life.  For more tips on how to successfully navigate the real estate purchase or sale, or suggestions on Folsom topics, please contact me at Coldwell Banker, 916.812.4341, pquan@cbnorcal.com, www.PatQuan.com.